← more from
7d Media
Get fresh music recommendations delivered to your inbox every Friday.
We've updated our Terms of Use. You can review the changes here.

I'll Tell What I Saw 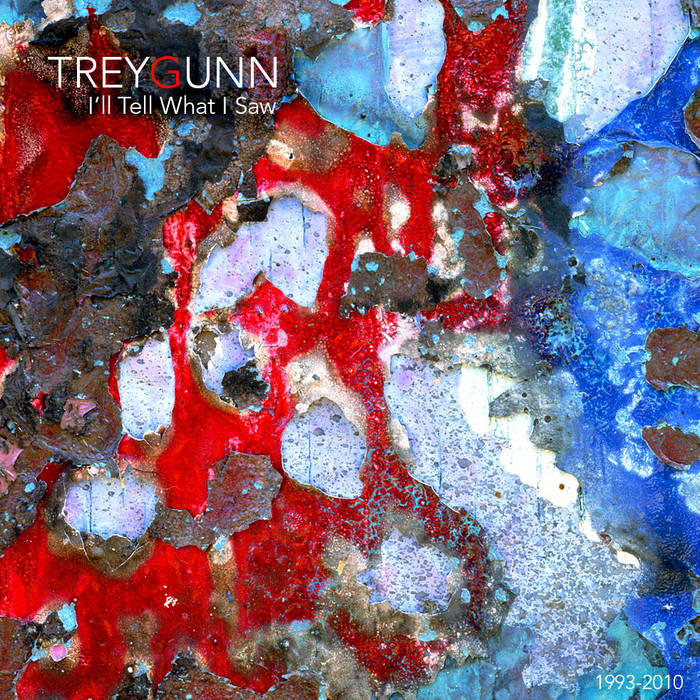 This retrospective, two-disc set includes over 2 hours of music drawn from Gunn’s catalog. Known for his work with King Crimson and as a pioneer of the touch guitar, Gunn has produced 14 solo recordings. For this dynamic mix of material, Gunn, a much sought after collaborator, has brought in additional tracks from artists he has worked with over the years. Tracks from Russia, Mexico, Italy, Finland and the USA are melded with his solo work in this fascinating collection.

Gunn says “I am often surprised at the fresh kind of playing I do on other people’s records. Somehow they pull things out of me that I can’t always get myself.” He is joined by Russian vocalist Inna Zhelannaya, Bill Frissell drummer Matt Chamberlain, Mexican bass player Alonso Arreola, the Italian progression group N.Y.X., Finland's Kimmo Pohjonen and many others.

Trey Gunn is probably better known for his nine year tenure (from 1994 to 2003) with King Crimson although his long and varied career has included eight studio recordings released under his own name and as The Trey Gunn Band as well as playing with artists like David Sylvian, Brian Eno, Tool and Led Zep’s John Paul Jones. A double CD retrospective I’ll Tell What I Saw covering the years 1993 to 2010 recently appeared and brings together selections from his solo work plus various collaborative efforts. His association with fellow Crimsonite Pat Mastelotto for example as one half of TU is particularly well represented even though they recorded just the one album in 2006. Also heavily featured (unsurprisingly) is Gunn’s latest album Modulator (see review below).

Gunn’s music could be described as experimental, avant-garde and sometimes jazzy although not in the traditional sense. It’s perhaps at its most accessible (and arguably most appealing) when it hits a solid groove as in The Trey Gunn Band’s The Joy Of Molybdenum which features a powerful, discordant riff that could easily be the handiwork of King Crimson themselves. There is also a world music feel to some of the collaborations particularly where vocals are involved as in the tribal Va El Diablo and the rhythmic Maslenitsa credited to Alonsa Arreola and The Farlanders respectively. Sergey Klevensky’s Morning Dream on the other hand has a haunting, dreamlike quality thanks to the prominence of the clarinet.

Disc 2 kicks off in fine style with the pulsating, powerful and syncopated Jacaranda from KTU, blessed with some truly stunning drum work. Dirge like and relentless, Drunk is compelling nonetheless thanks to Zhelannaya’s customary rhythmic female voices which act like an instrument in their own right. Gunn’s own Kuma on the other hand reaches almost jazz-funk heights with some particularly sharp guitar lines that curiously reminded me of Mike Oldfield. Guitar (both acoustic and electric) are also prominent features of the edgy Single Cell Shark and Cheeky, two tracks from Matt Chamberlain which again border on Crimson territory.

Hard Winds demonstrates Gunn’s Warr guitar at its best with some particular dexterous finger work from the man himself whilst the live recorded Arrakis features an impressive ensemble performance from The Trey Gunn Band. The bizarrely titled Untamed Chicken is another abstract affair (part ambient, part thrash) by TU in contrast with the Crimsonesque Down In Shadows [Part 1] from N.Y.X. Following Sergey Klevensky’s welcome and pastoral Vals, Disc 2 concludes with Sara Cosentina’s sublime 9:47 P.M. Eastern Time which took me back to Tangerine Dream in their mid-seventies prime.

Given the ambiguity of Gunn’s music, it’s appropriate that it’s often difficult to distinguish between the distorted sounds he creates using Chapman Stick, Warr guitar (his trademark instrument), conventional guitar, bass and keys. This works to his advantage and as a result of these unique (and often bizarre) sounds plus his refusal to follow any particular musical style or trend this collection has a timeless quality. Although it spans 17 years, there’s nothing here that sounds dated or out of sync.

If you feel like dipping a toe into the musical world of Trey Gunn, I’ll Tell What I Saw is clearly an ideal place to start.

3. The Fifth Spin of the Sun - Trey Gunn, Music for Pictures

12. Thick and Thorny - Quodia, The Arrow